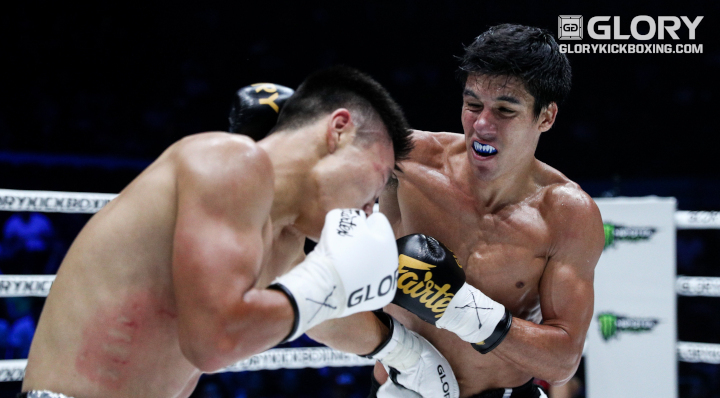 Xie came out throwing with volume and looked for a flying knee. Ten Pow was patient, firing back with counter right hands.

Xie looked to get in boxing range, but was frequently greeted with body shots from the American. Both fighters scored with kicks late in the frame, including a push kick from Ten Pow that popped back the head of Xie.

Ten Pow was more aggressive to kick off round two, but Xie was unfazed. The Chinese fighter marched forward and backed Ten Pow against the ropes, much to the delight of the Chinese crowd.

Xie delivered a heavy right knee in the clinch that was answered with an uppercut from Ten Pow. The pair traded shot for shot until the round came to a close.

The final frame was a showcase of each fighter’s kicking arsenal; at one point they traded spinning heel kick attempts, much to the crowd’s delight.

Ten Pow’s pressure was more consistent, landing punches on the inside. Xie egged him on, delivering a heavy body kick to the body of Ten Pow. A left hook from Xie connected late in the fight, but it wasn’t enough to earn a much-needed knockdown.

The judges were called upon for a verdict, and three of the five scored the fight in favor of Ten Pow, handing the American his second win in GLORY.