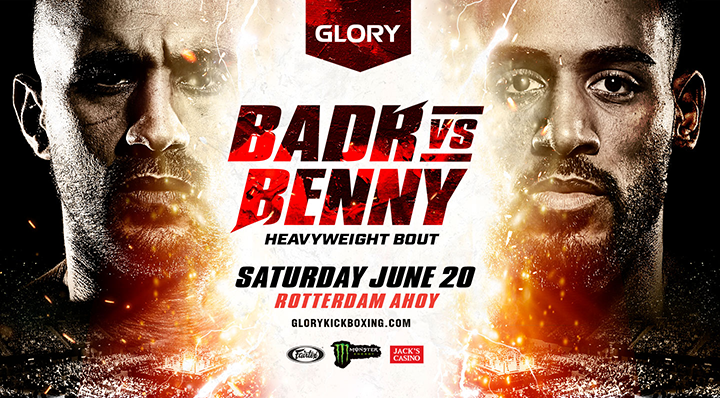 The match-up was revealed during the live broadcast of tonight’s GLORY 75 UTRECHT event.

It will be Hari’s first fight since December’s record-setting GLORY: COLLISION 2 event, where a crowd of 31,000 watched him come within touching distance of seizing the heavyweight championship after knocking heavyweight champion Rico Verhoeven down twice.

Now recovered from the ankle ligament injury which ended that fight in the third round, Hari (106-14, 92 KO's) is ready to return to the ring and get back on the title trail in June. Standing in his way is Adegbuyi (34-6, 19 KO's), who occupies the #1 position in the heavyweight rankings .

Adegbuyi is a two-time GLORY heavyweight title challenger and three-time winner of GLORY Heavyweight Tournament Winner. He now steps up to take on the toughest challenge of his career in June.

An iconic figure whose presence transcends his sport, Hari's numerous wins over a string of legendary names earned him millions of fans around the world. All three of his GLORY appearances to date have taken place in front of sold-out arena crowds and December’s COLLISION 2 event set gate and broadcast records.

“I’m going to make somebody famous on June 20,” said Hari when the date of his return to the ring was first announced.

“Yeah, me - when I knock him out,” was Adegbuyi’s response when he was today confirmed as the opponent.

Tickets for the event went on sale today to fans who have registered at GloryKickboxing.com.

The pre-sale is now open and will run until 10:00 AM CET on Tuesday, March 3, after which any remaining tickets will go on general sale to the public.