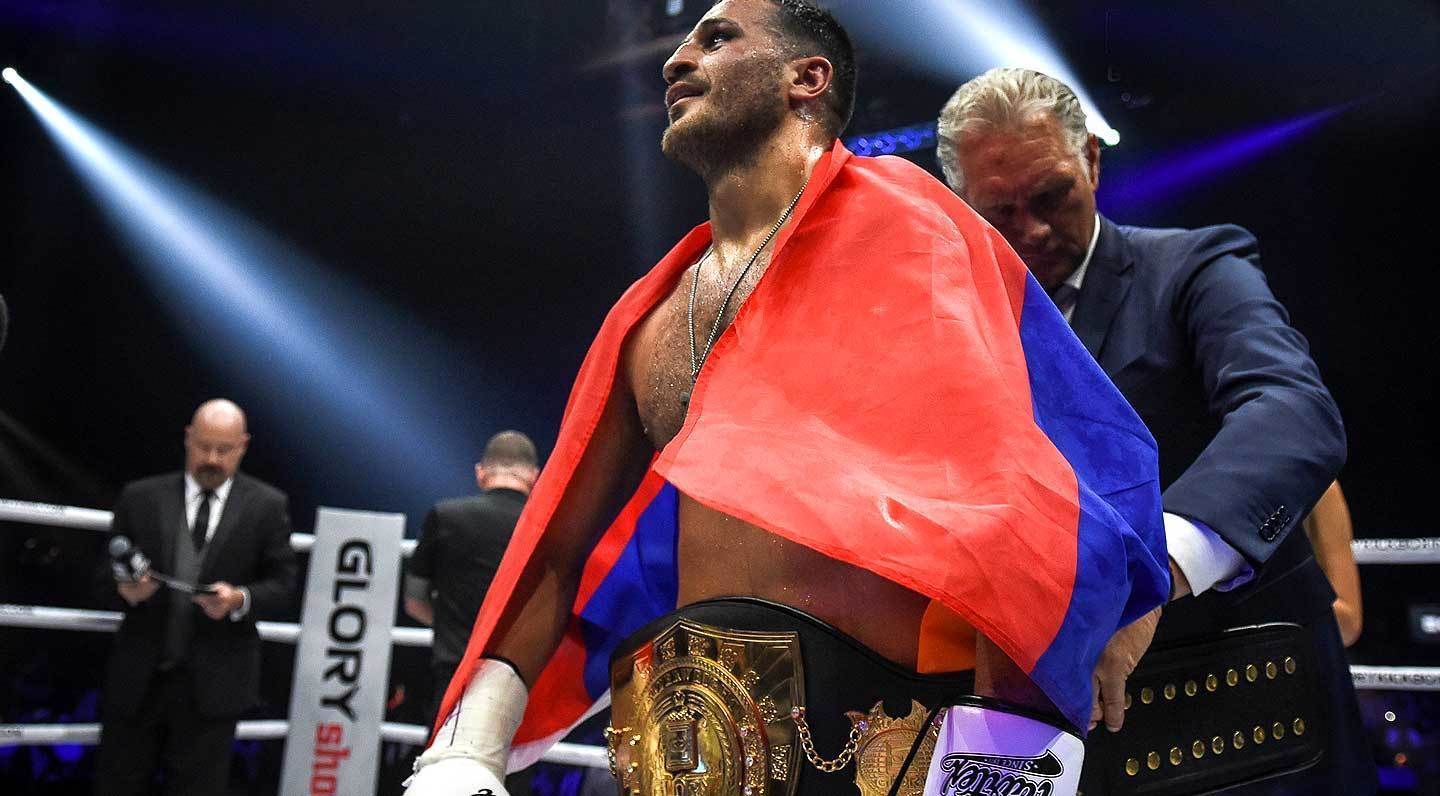 Harut Grigorian is the winner of the ‘Performance of the Night’ bonus award for his GLORY 54 BIRMINGHAM welterweight title defense against Alim Nabiyev.
Grigorian was making his first defense of the title, which he won at GLORY 44 CHICAGO by stopping Murthel Groenhart.
Nabiyev came into the fight off the back of three consecutive wins since joining GLORY, the latter two wins being over former champions Nieky Holzken and Cedric Doumbe respectively.
Grigorian’s sledgehammer style contrasted sharply with Nabiyev’s trickiness. Victory would depend on which fighter was able to impose their style on the other.
In the end it was Grigorian who prevailed, his pressure forcing Nabiyev off his game, spoiling his setups and sharpness.
A unanimous decision for Grigorian followed, awarding him his first title retention. In a division as tumultuous as this one, that’s no mean feat.
Grigorian earns an extra $5,000 for his efforts.