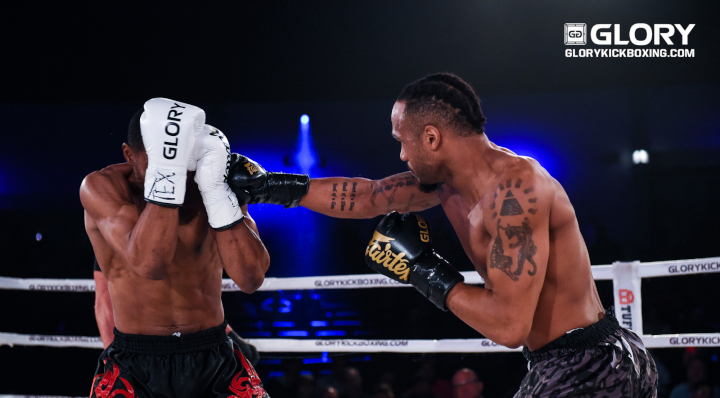 Jones and Boyd go the distance, with Jones coming out victorious

Boyd looked to get inside early, but Jones delivered a heavy leg kick. Jones followed with a left hand that rocked Boyd. Boyd’s leg buckled for a second but he was able to recover. A left kick from Jones found the body of Boyd.

Boyd egged Jones forward and they traded heavy shots in the clinch. A straight right hand from Boyd appeared to wobble Jones a bit to close out the round.

Round two featured Boyd firing low kick after low kick in the first minute. He then opened up with his hands and delivered a right straight.

Jones was patient from the outside, seeking an opening for a power shot. Boyd was able to land his right hand, but Jones ripped his body with a left hook and followed it with a knee late in the frame.

Jones became the aggressor to start the third. He kicked Boyd repeatedly in the opening seconds. A knee from Jones grazed the cup of Boyd and the action was paused while Boyd recovered.

Jones did not abandon the knees, frequently catching Boyd coming forward. A huge body shot from Jones hurt Boyd with a minute left in the fight. Jones flurried hard with punches, but he could not put Boyd down as the fight went the distance.

The three rounds of action was left to the judges, who scored the contest in favor of Jones.

“I feel great. I always have something to work on. But I’m happy with it,” said Jones of his performance. “I think I’ve proved myself and skill.”