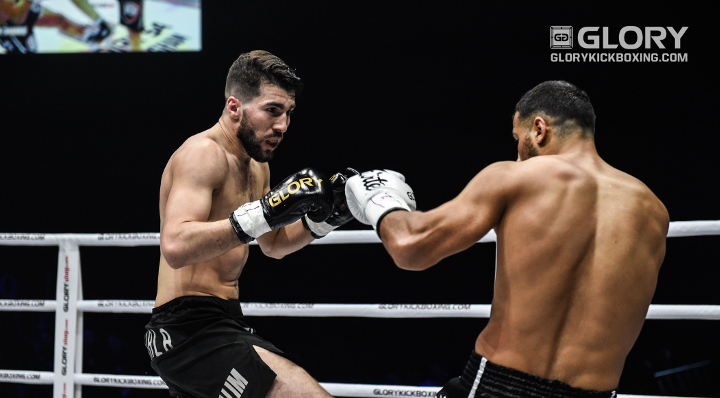 Alim Nabiyev is philosophical following his loss to welterweight champion Harut Grigorian at the weekend’s GLORY 54 BIRMINGHAM event.
‘The Professor’ was highly confident going into the bout, having beaten two former champions back to back in the two bouts which preceded it.
But Grigorian confounded his hopes, putting on a career-best performance to take a unanimous decision victory after five rounds of fighting.
“It was not my day. I showed my character but I did not show my skills,” said Nabiyev today, after some days to reflect on the fight.
“It was as if I was held back in some way. I and all my fans know that I am better and stronger. Luck was on his side on the night but I will be back soon!”
Nabiyev gave credit to Grigorian for a good performance, but reiterated that he is nowhere near done with his world championship campaign.
“Harut is a good fighter, but I did not see anything surprising from him. I saw everything he did; it just wasn’t my day!” he said.
“I want to thank everyone around me for their support and I hope GLORY gives me another chance at the belt. I’ll take what belongs to me!”