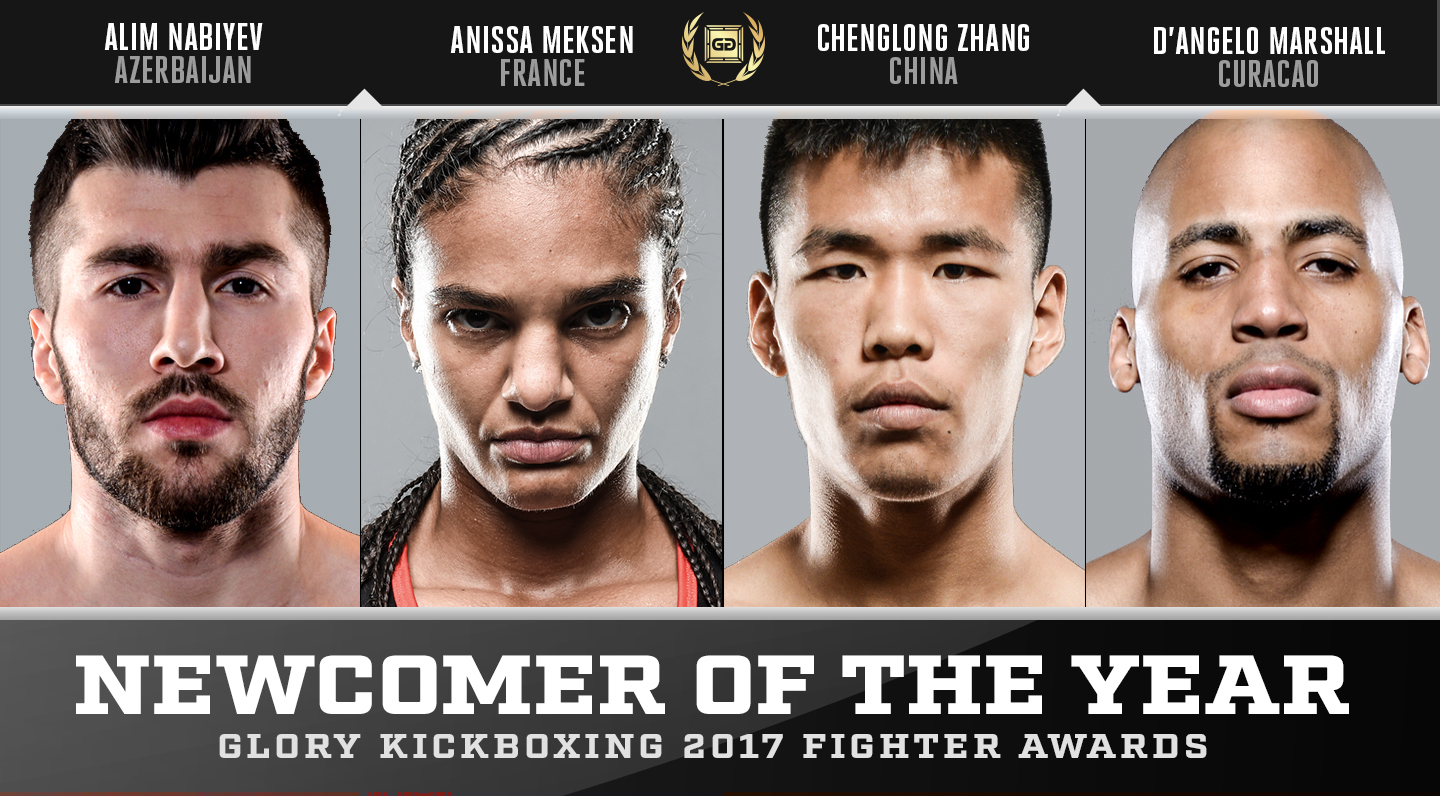 Nominations: GLORY Newcomer of the Year 2017

Some of last year’s newcomers to the GLORY ranks made huge impressions, making this category particularly tightly-contested. There were strong showings from newcomers in almost every division, but these four really stood out:

Nabiyev looked good in his GLORY 47 LYON debut against Jimmy Vienot, but it was his GLORY 49 ROTTERDAM showing against Nieky Holzken which earned him a spot in this year’s shortlist.

Former welterweight champion Holzken dominated the division since —- and is one of the world’s best at this weight, but Nabiyev spent the latter half of 2017 calling him out by name.

Holzken warned him to be careful what he wished for, but Nabiyev had no fears. When fight night came around, he put on a showcase performance to dominate all three rounds and mark himself out as an instant contender.

It was a big year for GLORY as an organization in 2017 as the world’s premier kickboxing organization went to China for the first time.

As part of that expansion, the roster welcomed a number of new signings from all over China. Several made their mark immediately - Chenchen Li scored a big knockout in New York on his debut - but the best overall performance came from Zhang.

He went 3-1 in GLORY over the course of the year, the high point being his winning of the GLORY 46 GUANGZHOU four-man Featherweight Qualification Tournament in October. His performance in the tournament final earned him Fighter of the Night honors - will he now also be the ‘Newcomer of the Year’ for 2017?

The Le Mans Grand Prix takes place in France every year and is one of the world’s most prestigious motor-racing competitions. The competitors are stationary at the beginning and then must hold their focus over 24 hours until one of them emerges with the grand prize.

Anissa Meksen’s 2017 run in GLORY bears more than a few similarities. The Frenchwoman was 0-0 in the organization at the start of the year but by the end of it had claimed the world championship.

She had three fights in GLORY last year and won all of them. Her final fight of the year was against Tiffany van Soest at Madison Square Garden in New York City, where she took a unanimous decision win and removed the belt from Van Soest’s waist in the process.

But his fortunes would soon change: in May he won two fights in one night to win the GLORY 41 HOLLAND Heavyweight Contender Tournament and in December he won a thrilling showdown with his mentor Ismael Londt at GLORY 49 ROTTERDAM.

Marshall ended 2017 with a 3-1 record in GLORY and finds himself in the upper tier of the heavyweight contender list as we head into the 2018 season.