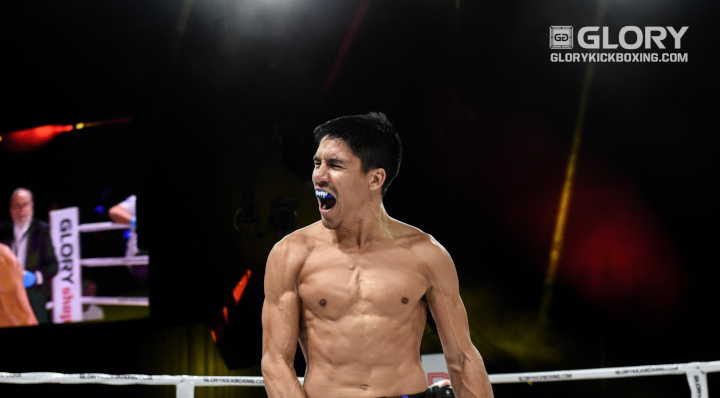 The veteran Greskiewicz went to work with leg kicks early, but Ten Pow countered with straight right hands. Ten Pow backed Greskiewicz into the corner with punches, but inadvertently connected with a low blow as he threw a knee.
Greskiewicz recovered quickly and the fight continued. The simple boxing combinations of Ten Pow resulted in a knockdown near the corner just moments later.
A left hook to the stomach of Greskiewicz earned another knockdown less than 30 seconds afterwards. Greskiewicz desperately tried to make it through the round, but Ten Pow flurried along the ropes and forced the referee to intervene.
Ten Pow earned his fifth career knockout, spoiling the promotional debut of the longtime veteran Greskiewicz.
“I’ve arrived. I’m here, I’m ready,” said Ten Pow. “I’ve been chasing GLORY and I’m glad I got to entertain and get the finish.”
Asa Ten Pow def. Justin Greskiewicz by TKO (three-knockdown rule). Round 1, 2:59