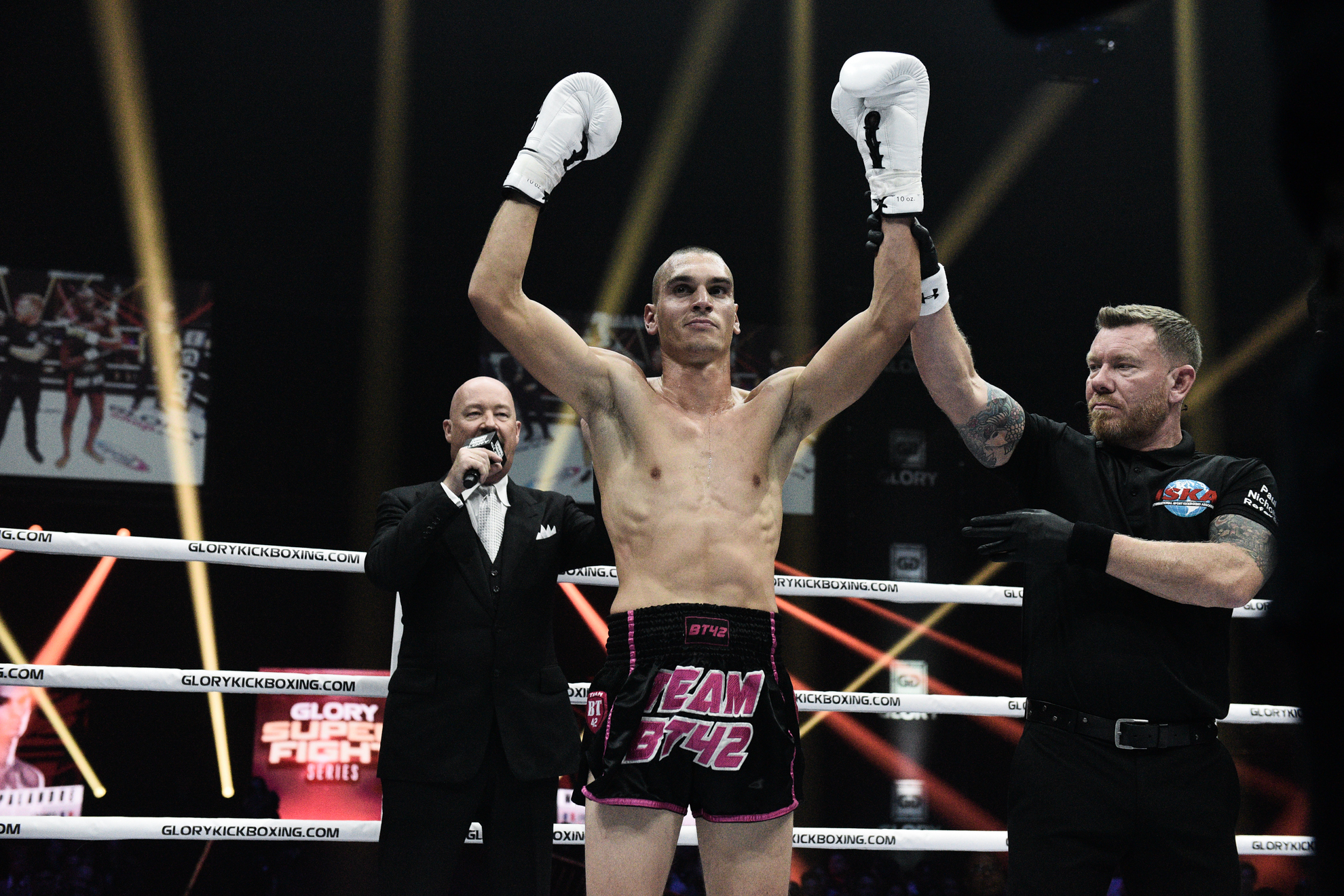 He faces French counterpart Michael Palandre (27-2, 10 KO’s), who has gone 2-0 in his pair of GLORY appearances to date.

Dedicated fight fans have been keeping an eye on the 21-year-old Tuinov for some time. His record includes several wins over GLORY veterans, Massaro Glunder among them.

Palandre, from St. Galmier, France, scored a TKO win in his October debut for GLORY and followed that up with a decision win earlier this year.

Despite thing being Tuinov’s debut, a win would be a statement for Palandre regarding his potential at the international level.

Lightweight brawler Guerric Billet (30-3, 14 KO’s), fighting out of Burgundy, France, also returns to the GLORY ring at this event.

He faces British counterpart William Goldie-Galloway (13-5, 9 KO’s), who debuted at GLORY 54 with a decision loss to the undefeated ‘Super’ Elvis Gashi.

Ceva is coming off a win in his GLORY 64 debut while Penaz is 1-1 in GLORY following a KO loss to Donovan Wisse at the same event.

Opening the Prelims card will be young prospect Sarah Moussaddak (9-0, 3 KO’s). The 19-year-old stepped up to fight Ji-Waen Li on a week’s notice at GLORY 64 and won a unanimous decision to remain undefeated.