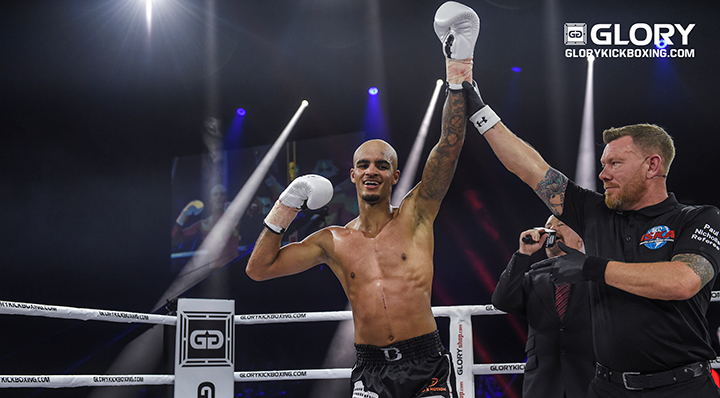 GLORY has signed Tyjani ‘The Wonderboy’ Beztati to a new long-term deal, it was confirmed today.
The lightweight contender has signed a new multi-year, multi-fight contract which will see him remain a fixture in one of kickboxing’s flagship divisions.
Beztati was a record-setter when he joined GLORY, being at the time the youngest fighter to have signed a contract with the organization, and has since established himself as one of the brightest prospects in the sport.
Since his debut win at GLORY 36 in December 2016 he has gone 9-2 in GLORY, with one of those losses being in a title shot against then-champion Sitthichai Sitsongpeenong at GLORY 53.
Taking the shot on short notice, Beztati impressed everyone - including the defending Thai champion - with a gutsy and intelligent performance which forced Sitthichai to dig deeper than he had in some other title defenses.
Since then Beztati has gone 3-0 and remains in the title contender picture. He occupies the #2 spot in the GLORY lightweight rankings.
The first fight of Beztati’s contract will be announced in the near future via GLORY’s official channels.