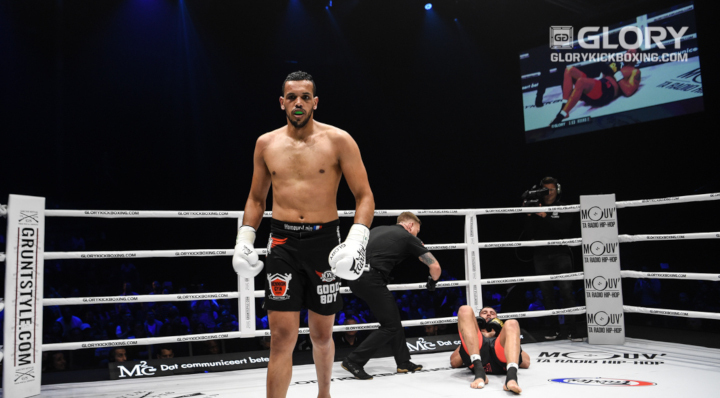 GLORY 57: Hameur-Lain out, will return at future event

In a late change to the GLORY 57 SHENZEN Superfight Series card, Zinedine Hameur-Lain has withdrawn from his scheduled appearance against Felipe Micheletti.
The French light-heavyweight says he is unable to travel while attending to “a personal matter.”
GLORY 57 SuperFight Series will proceed as a five-fight card and both fighters will be rebooked at a later date.
The centerpiece of the card is formed by the semi-finals and final of the all-China 8-man lightweight tournament.
That tournament commences on the Preliminary Card earlier in the evening with four quarter-final bouts, before the victorious fighters move forward to the Superfight Series card for their semi-final bouts.
Also on the card is a featherweight bad blood rematch between Japan’s Masaya Kubo and China’s Chenchen Li, who is seeking revenge for a head-kick KO loss to Kubo in Guangzhou last year.
GLORY 57 SUPERFIGHT SERIES streams live and exclusively on UFC FIGHT PASS this Saturday, August 25 at 6am ET (11am UK time, 12pm Amsterdam tie)