GLORY Rivals 3 took place on November 5 at Sporthallen Zuid in Amsterdam, The Netherlands.

In the main event, top-five light heavyweight contender Ibrahim El Bouni defeated Muhammed Balli by knockout in the first round, improving his GLORY record to 3-0.

In the co-main event, top-five welterweight contender Jay Overmeer defeated Robin Ciric by unanimous decision, outclassing Ciric over the course of three rounds and improving his GLORY record to 3-0 as well.

In the featured bout of the evening, heavyweight Tariq Osaro knocked out Abderrahman Barkouch in the third round after a back-and-forth slugfest. 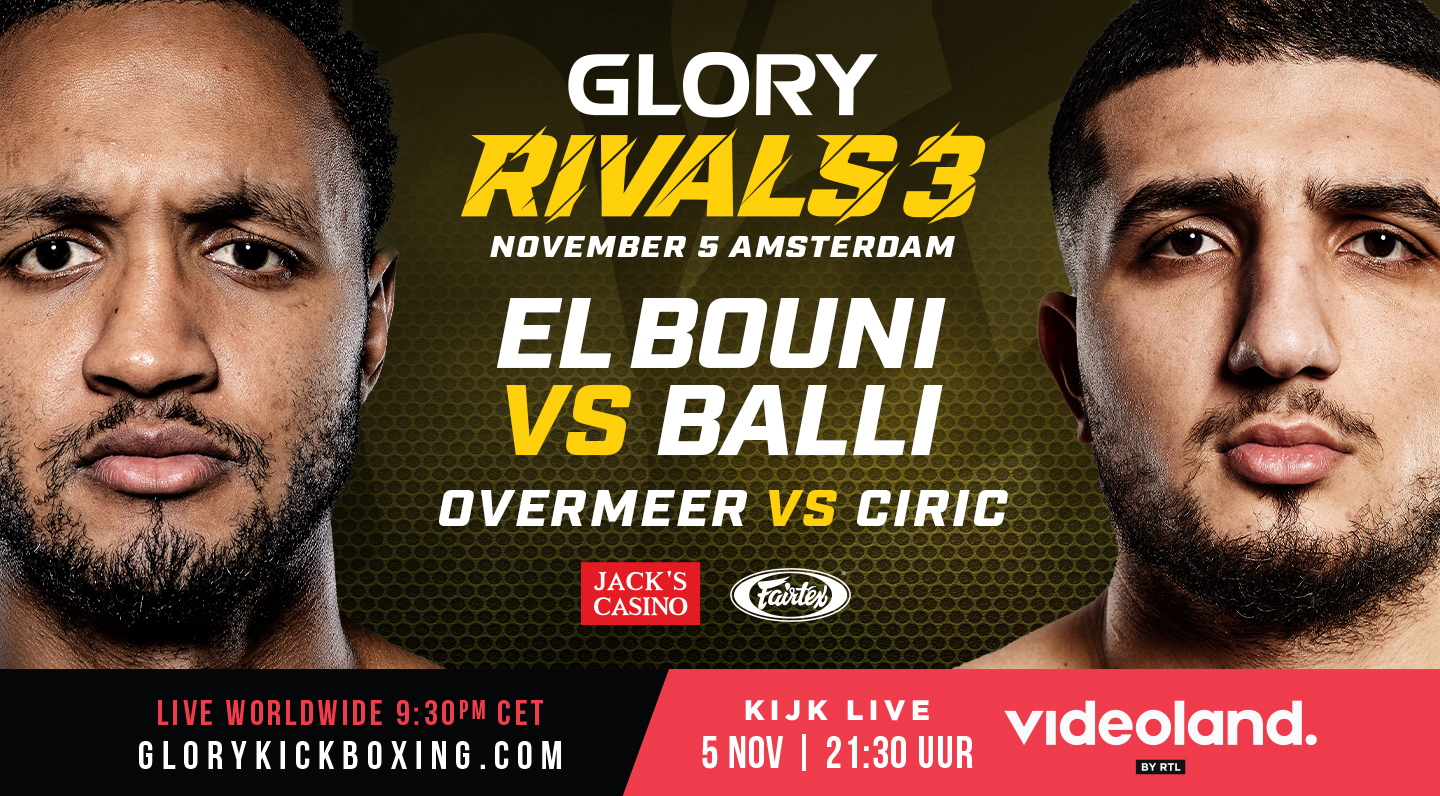