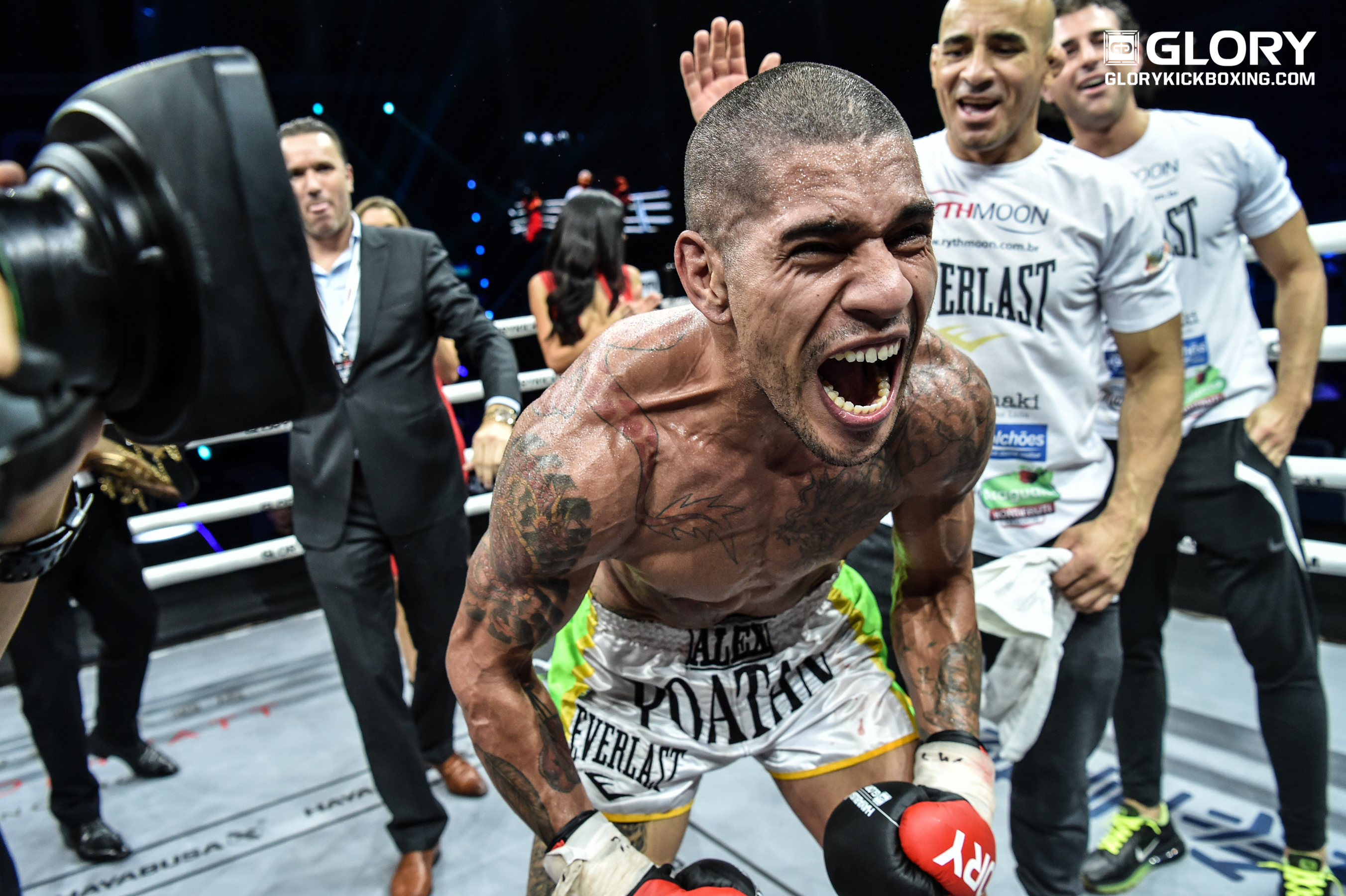 Pereira: From the bottom of a bottle to the top of the world

Alex Pereira didn’t finish high school.
By the age of 12, he had decided school wasn’t for him. He’d found himself a job at a tire shop, which also offered some mechanic services on the side, and that was much more interesting to him.
Thereafter, the young Brazilian spent as much as ten hours a day hauling tires around, caked in oil and grime.
It was a busy tire shop, with a fairly sizable crew who used a steady flow of iced cachaca - Brazilian rum made from sugarcane - to get themselves through the workday.
At first repelled by the taste of alcohol, Pereira gradually began to tolerate it and then developed a taste for it. Soon, he was drinking as heavily as his colleagues.
“By the time I was 16 or so, I was drinking about a liter a day of rum at work, usually with a few beers mixed in there as well,” he says.
“I was an alcoholic, full-blown alcoholic. That was just the lifestyle of working in that place. I didn’t know any different. It just crept up on me.”
The drinking continued after work too. Whether with workmates, friends or just his own company, Pereira would often spend his evenings pouring even more alcohol into himself.
Frequently he would find himself getting involved in fights and confrontations. Most of the time he was able to handle himself, due to his natural power and instincts, but the idea began occurring to him that he should perhaps learn how to fight properly.
So at the age of 21, he found himself walking into a kickboxing gym for the first time. It was a decision which would change his life and, in the process, unlock previously unknown aspects of his heritage and identity.
“I’m 100% native Brazilian,” says Pereira. “There’s no European-Brazilian in me, there’s no African-Brazilian in me. My parents are both from the native tribal people who lived in Brazil before anyone else came here.”
Pereira’s father comes from the north of Brazil, which is heavily covered by rainforest and sparsely populated compared to the more developed and industrial south.
He moved to Sao Paolo to look for work and a better life, where he met Pereira’s mother. They settled down and started a family, resulting in seven children - three girls and four boys. Alex was their third child.
There was more work in Sao Paolo but also more expense. Money was tight and though Pereira’s parents did their best, his father’s construction worker wages meant they had to live in a “quite bad” neighborhood - “not the favela but not far off it”, according to Pereira.
Native heritage and traditions were not subjects which came up often in the dense urban sprawl that Pereira grew up in. But when he joined his first kickboxing gym, it happened to be a team made up of native Brazilians.
And so Pereira ended up learning not only the art and science of kickboxing, but also about his own roots and heritage.
“Once I started learning about it, I just wanted to learn more and more. It was fascinating to me. And it’s made me more spiritual, more in touch with my ancestry.”
On Pereira’s left hand is a tattoo of rocks and pebbles. In the native Tupilanguage, ‘Po’ is the word for hand and ‘Atan’ means something solid, dense, stone-like. His nickname ‘Po Atan’ thus translates as ‘Stone Hand’. 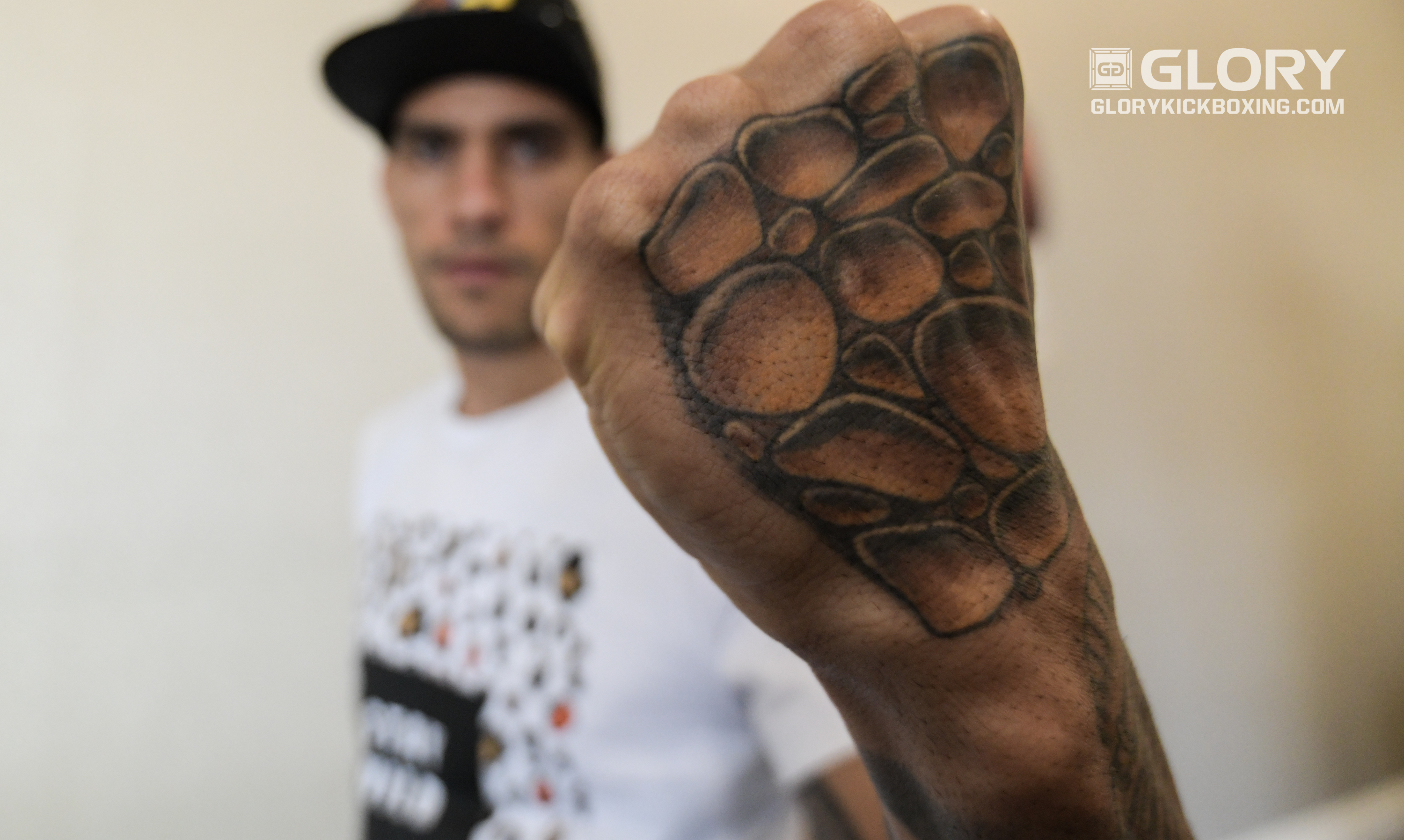 There’s no secret to the nickname’s provenance: Pereira has been knocking people out ever since he first started competing. As an amateur, he went 25-3 with all 25 wins by knockout.
“The three losses weren’t even losses, the judges just gave them the decision for actually surviving the fight,” he jokes.
Very early in his amateur career, he won the national championships in his weight category. It was on the way home from that tournament that his coaches told him he had a real future in the sport and should start to seriously consider it.
“At that moment, I decided I had to stop with the drinking,” he says. “I quit, went through withdrawal. It was hard but I did it, and since then I have never touched a sip of alcohol. I celebrate with a Coca Cola now.”
Pereira turned professional because he couldn’t find any more amateurs willing to face him. Nothing much changed: he still kept knocking opponents out, only now he was being paid for it.
The rest is history: he climbed the ranks, made it to GLORY and now wears the middleweight championship belt around his waist after taking it from Simon Marcus at GLORY 46 in October last year.
On Friday night he will rematch Marcus in the main event of GLORY 58 CHICAGO. Marcus is promising revenge and says he will be retaking possession of the belt; Pereira says there is simply no chance of that happening.
“After everything I have been through to get here? No, it’s not possible. The belt is staying with me for a long time. On Friday I will beat Marcus again and then after that, anyone else who wants to try is welcome. I’ll take them all,” he says.
“My dream is to get to a level where sponsors and fight money is enough that I can buy my parents a house in a better neighborhood, help my brothers and sisters, nieces, nephews… all of that depends on me staying champion. There’s no way Marcus is taking that away from me.”