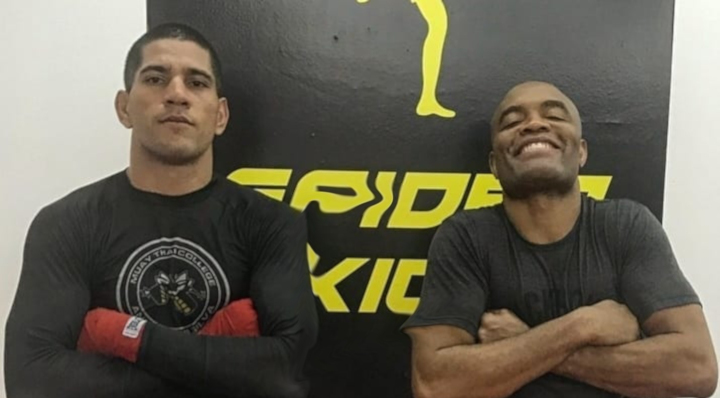 Late in 2018, GLORY middleweight champion Alex ‘Po Atan’ Pereira was asked if he was available to spend January in Los Angeles, USA as a training partner for fellow Brazilian middleweight Anderson ‘The Spider’ Silva.
Silva was preparing for a UFC fight with Israel Adesanya, who Pereira has two wins over, and brought his fellow Brazilian middleweight in to camp to see what he could learn from him.
“The two months I spent in Los Angeles took me out of the comfort zone for real. I have reflected a lot on it. It has opened my mind up to many things, much more than just drills and techniques,” he says.
“Anderson Silva is unique in every way. I went there to help him understand the Adesanya's game, but in the end of the day I learned more than taught. Besides being a legend of the sport, he is an excellent father figure and businessman.
“He brings such a level of enthusiasm and dedication to everything he does. It sounds simple, but it’s what gives him such massive support everywhere. That's what I'm trying to emulate now.”