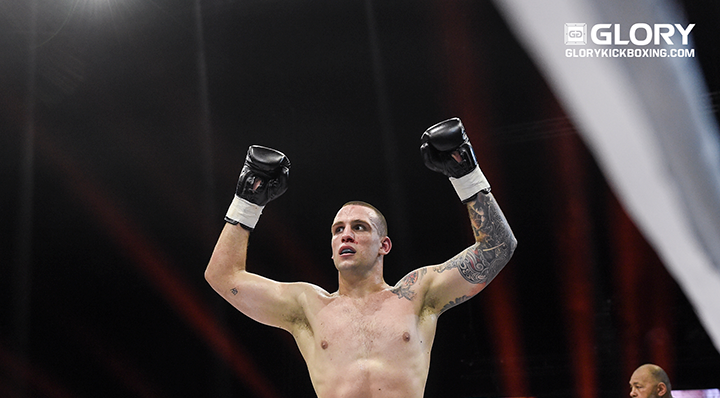 Mahieddine went straight to work, attacking Plazibat with kicks and punches. Plazibat was undeterred, as he marched through the assault and backed Mahieddine to the corner with punches of his own.

Both men turned to their low kicks to settle into range. Mahieddine picked up his punching volume, but Plazibat answered with counter shots. Mahieddine backed Plazibat into the corner late in the round. A late flurry from Plazibat saw Mahieddine lose his mouthpiece and the referee gave him a warning.

Plazibat was the aggressor to start round two. He backed the Frenchman against the ropes and landed his right hand. Mahieddine weathered the early storm and countered with punches.

Plazibat scored with a knee and then ripped the body with a left hand. Mahieddine’s hands dropped, but he was able to bully Plazibat to the ropes once more. The Croatian pushed the action in the round’s waning seconds.

A series of push kicks from Plazibat greeted Mahieddine in round three. The French answered with a wild jumping roundhouse that Plazibat was able to avoid. Mahieddine picked up his output, snapping the head of Plazibat with an uppercut.

The pace finally slowed with a minute remaining in the bout. Plazibat scored with a nice combination but was quickly answered by Mahieddine.

The judges were called upon to render a verdict and they handed the newcomer Plazibat the decision.