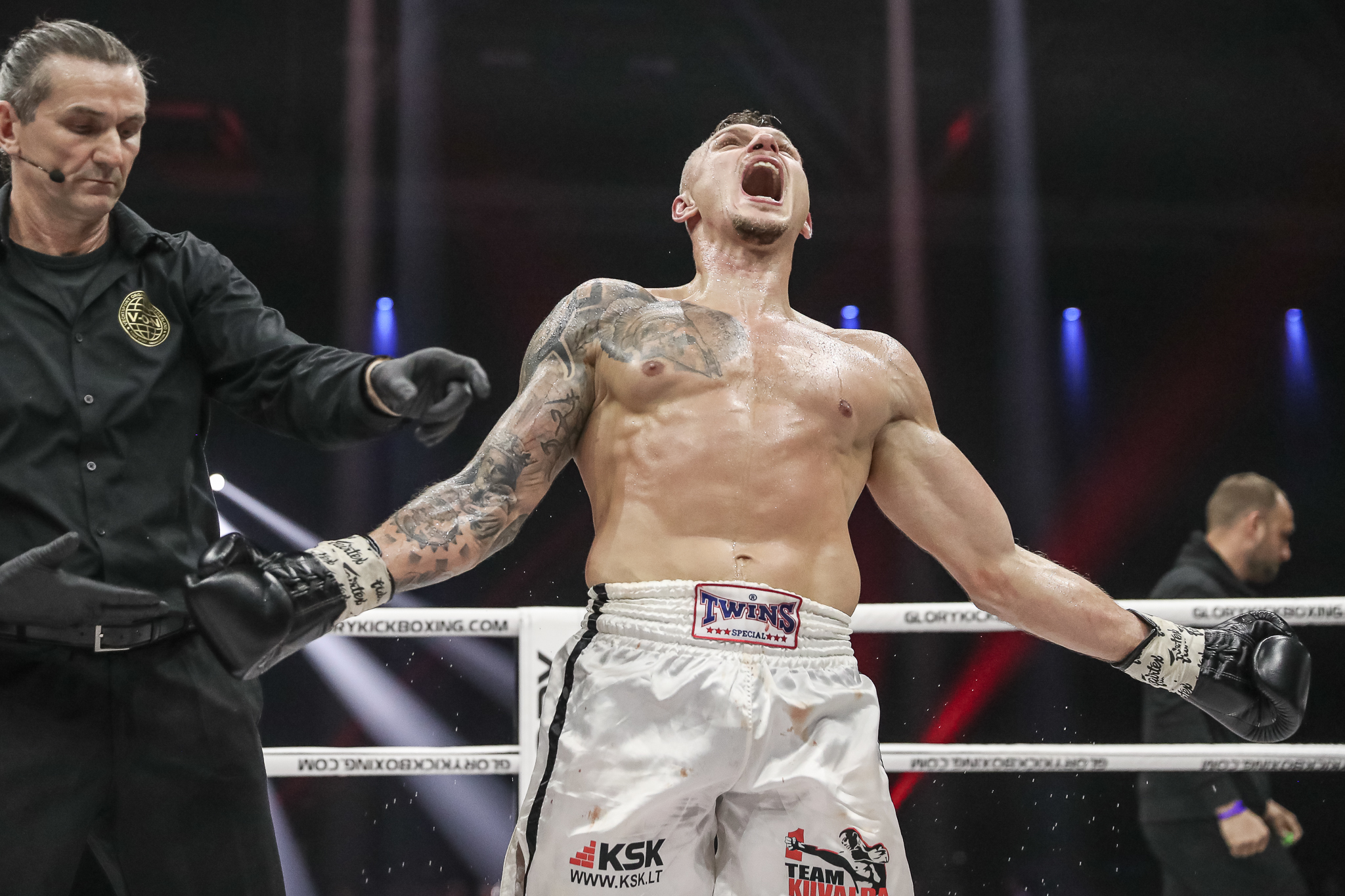 We sat down with the hard-hitting light heavyweight contender Sergej Maslobojev. The Lithuanian kickboxer has been undefeated for years and tells his plans for 2022. We spoke about his life, GLORY and the light heavyweight division.

For those who don't know you yet, can you introduce yourself ?

First of all, for the people who don’t know me, I don’t know them too. They are missing the show, not me. To be serious, my name is Sergej Maslobojev and my nickname is ‘Kuvalda', that means 'Sledgehammer’. I am a sportsman and multiple time world champion. I started martial arts when I was only 18. The first time I stepped into the ring, I knew I wanted to do this for the rest of my life. I had a brother who was 7 or 9 years older than me. He challenged me all the time and kicked my ass. But he was always saying “get up and try one more time.” When I was 7 years old, he died, he drowned. So, after his death I started to look for a new inspiration. I knew I wanted to be a fighter.

Where does your nickname come from ?

I was training in a gym. They were playing soccer on the second floor, and we were training on the first floor. In the middle of the gym, there were pillars with a soft exterior so you could hit and kick against them. After our training, we started to do striking against that pillar. When those soccer guys came back from the second floor, they said they thought there was construction going on the first floor. The whole second floor was shaking. Every time I came back there, they were calling me ‘Kuvalda’.

It was a crazy year. I hadn't fought for a year and a half. I started preparing for a fight in early May, because the fight was to take place in July. Before the fight, they told me that the fight would be rescheduled to September. I had a small break but then I could start preparing again from the beginning. The preparations are very hard because it is two or three training sessions a day. Then a few weeks before the fight, I got injured and broke my toe. Within three weeks I had to recover and after that I could start my preparation again. Then in October I got to fight. A few years ago, when I was watching COLLISION I live on TV, I said “Wow! It would be fantastic to fight in such a big arena.” Two years later I was fighting there. A dream come true. My goal is to become the GLORY world champion now.

In your weight class, there were two title fights in the past year. What did you think of the fights between Alex Pereira and Artem Vakhitov ?

I fought Alex Pereira in an amateur fight in 2013 in São Paulo and I won. Pereira was just a starter, and he wasn’t a big name in the world at that time. Now he is a different fighter and I have chatted with him many times. I really hope that one day we can repeat that match. I've seen his growth over the years, and I haven't stopped either, so I think it's a very interesting fight. He said the same thing. When I saw the first fight between Pereira and Vakhitov, I thought Vakhitov did more work than Pereira. But maybe the punches of Pereira did more damage. In the second fight, I think Pereira didn't go there for the win. He just was there to not get injured and do like a training session, before he went to the UFC. Vakhitov tried to give his all in that fight. Vakhitov told me that he expected more from Pereira and that he is not as big a star as everyone says. After the second fight, he proved that.

What was your 2021 highlight outside of kickboxing?

I’m doing a lot of stuff. I’m visiting prisoners, army guys, schools, and addiction clinics. I give seminars and I do it for free here in my country. I’m trying to motivate people by telling them my story. It's not just some stupid quote from the internet that anything is possible. You just have to believe. 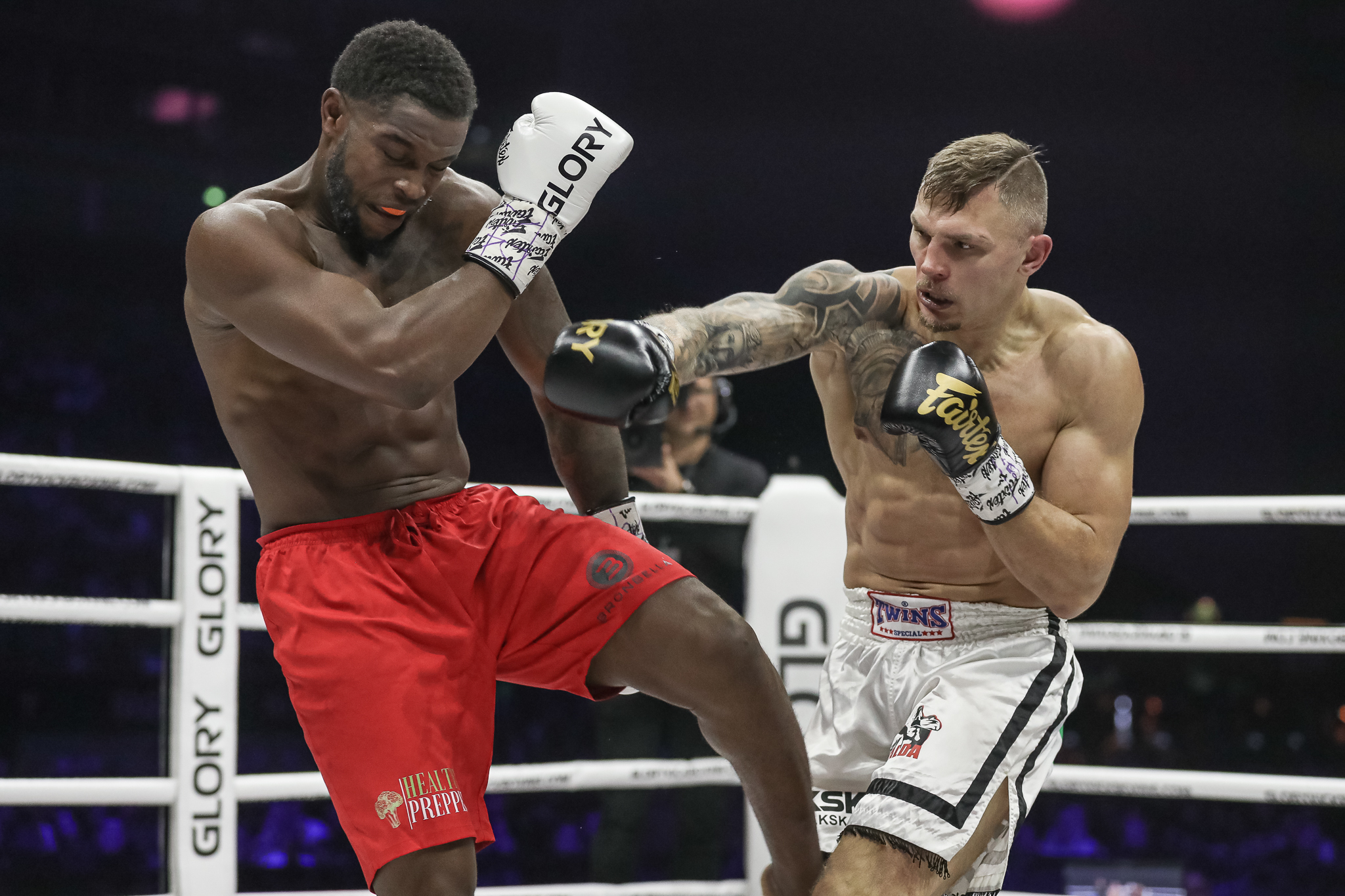 One of your dreams was to fight in a big stadium. You fought Donegi Abena at COLLISION 3. What did you think of him before the fight ?

When I came to Amsterdam everyone was talking bad about him. That he thinks he is very good and acts very tough. I told everyone he's still a young guy, and he's fought all the best in the world. You have to give him credit for that. You have to wait a few years until he is a bit older and hopefully stops acting like a young bastard and works with his head more. Now he’s enjoying life and taking all people's attention. When you get older, you understand that getting attention is not the main thing in this sport, there are more meaningful things. Mike Tyson once said that when they crown you or when they hang you, the same people are cheering.

And what was your take on how the fight went ?

I knew I was better, both physically and technically. But the problem was that after a pause of one and a half year I was overexcited, burned out. I went to the ring, and I didn’t know where I was exactly. I didn’t care who was in front of me. It didn't matter if it's Abena, Vakhitov, Tavares, or Pereira. The problem was with me. When I walked to the ring, I couldn't control my breathing. I didn't like that and after the fight I wasn't happy with myself either. I couldn’t control myself that day.

Artem Vakhitov will defend his title against Luis Tavares. What do you think of that fight ?

Luis Tavares has grown a lot. I think he has a good chance to take that fight. But Vakhitov is one of those fighters, when I watch his kickboxing, I see a beautiful dance. He is always dancing in the ring. It is beautiful to watch. When I talk about perfect technique, I talk about Vakhitov. I respect him a lot as a person and as a fighter. I was also happy with what I saw when Tavares fought Micheletti. I saw another Tavares. He was calmer and showed more belief in himself. He pressured more than usual, and the striking was stronger and more accurate than before. If Tavares manages to continue his growth, he has a great chance, but Vakhitov is a different athlete. He’s a smart fighter that thinks in the ring. If he can’t find an answer, his corner will help him. If I were to bet on this fight, which I don’t do, I’d pick Vakhitov.

How many fights are holding you back from a title shot ?

They told me that I’m the next contender for a title shot. But if I get another fight first, for example Micheletti, it's not a big deal for me. It would be even better to warm up myself. I’m not saying it would be an easy fight. Micheletti is a good fighter, but I think I’m a little bit better. I would like a four-man tournament with all the guys.

How do you see a fight between you, a power puncher, and Tavares or Vakhitov, very technical fighters go ?

Ever since I was younger, when I flew to different countries to fight their stars, I always told myself “Maybe they are better, but I'm not an easy prey.” I will do everything to make their victory more difficult. As hard as possible. And if it's possible, I'm going for the win. That was my mentality from the beginning. Now I know they have strong sides, and they have weak sides. I need to take advantage of those weaknesses and I think I can. I have to be the most uncomfortable fighter as possible for them. 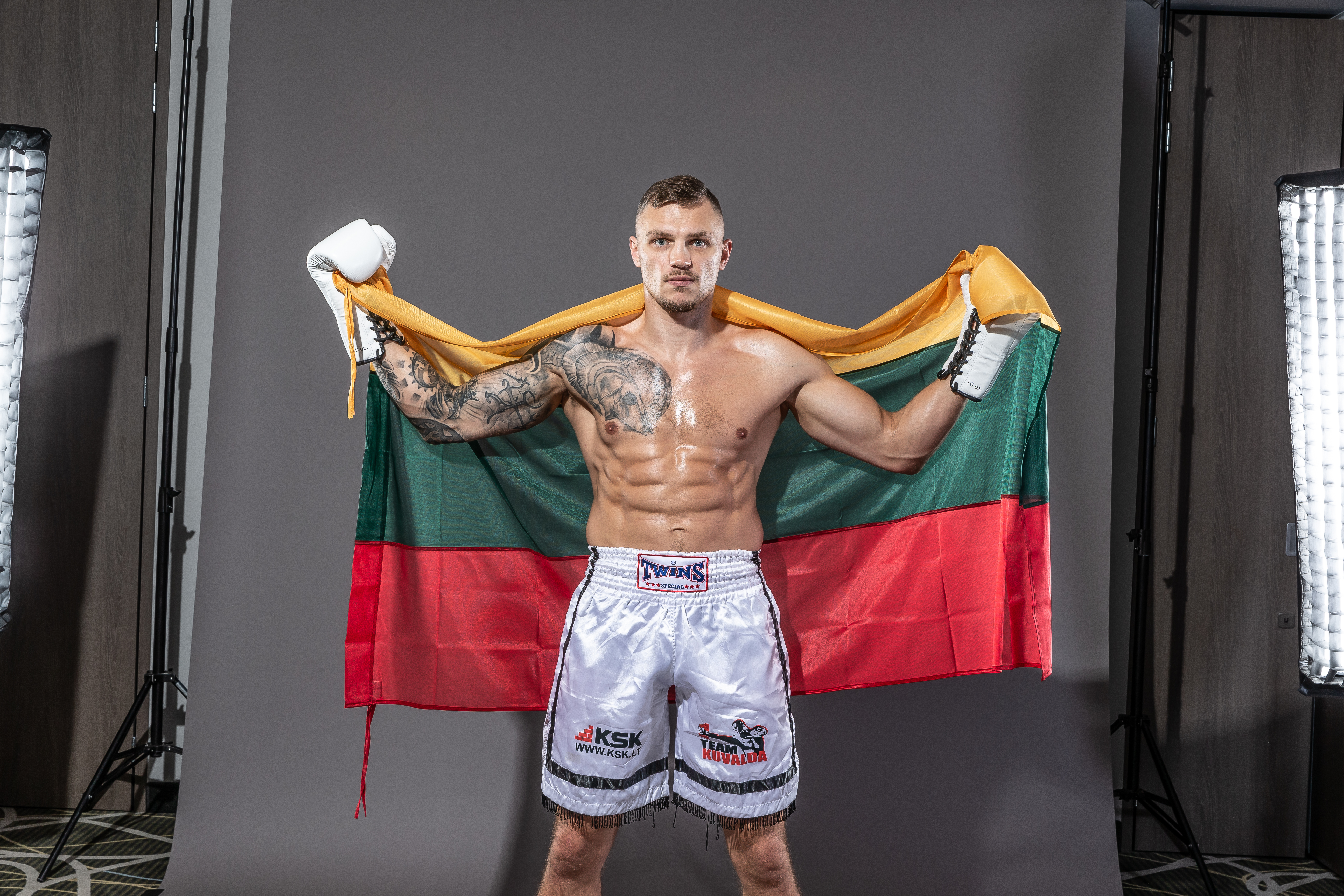 When you plan your career, when will you be the champion and what will you do after ?

I really don’t know. Becoming the champion is my life goal right now. I never think about what I’m going to do after. I just have a goal and invest all my thoughts, skills, effort, time in achieving it. Even my family does that too. Only when that goal has been achieved do we move on to the next step. Being GLORY champion and number one light heavyweight kickboxer in the world is the best thing that could happen in my life.

You have also fought in the heavyweight division in the past, where a lot has happened in recent years. Do you see yourself fighting there again ?

Antonio Plazibat is a popular fighter who is now ranked number one at heavyweight. You beat him twice. What do you think of him in the ring ?

I really like him. I like him as a person, he’s a nice guy. We always chat nicely. I just feel good for the guys that I have fought before. Like Tavares, Antonio is growing. He’s in a good gym right now and has plenty of heavyweights to fight and train with. He has all the opportunities. Last fight when he knocked out Benjamin Adegbuyi, it was a shock for everybody, I think. I really thought that it would be difficult for Antonio, but it didn’t look like it. If Antonio continues to do the same thing and starts working with his head too, change gameplans in the middle of the fights, he has a big chance to beat Rico Verhoeven. He comes from light heavyweight; he has the speed and knowledge of how to move. Not just standing there and punching. He has a strong punch, I felt that, but use the brain more, not the muscles.

Which fights are you excited to see in GLORY in 2022 ?

What is your message to the GLORY fans ?

I’m really glad that life gave me the opportunity to compete in GLORY. When I started to do this sport, I watched those legendary guys. The first years I couldn’t even dreamed that I would be one of them. The biggest dream I had in that phase was to have a picture with them, not to fight with them. I wish the fans a good health and that the pandemic will be over soon. I would like to see you guys in the arena and watch the best standup fighters in the world. You don't get the emotions you get in a stadium through TV or the cinema. You have to be there and feel it. I want to thank the fans for being with us, they are our motivation.