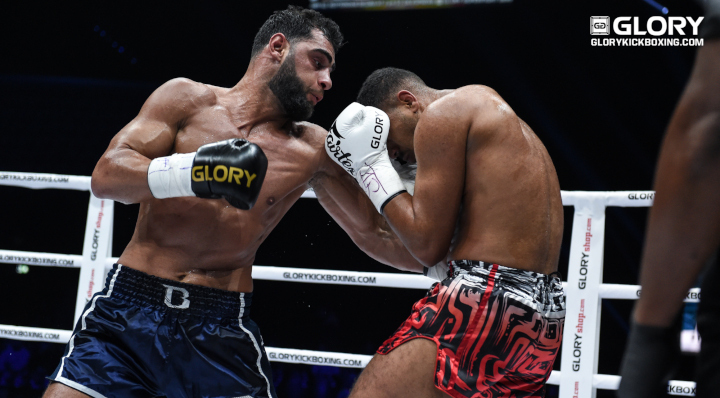 In his GLORY 59 debut, Suriname’s Wisse became just the fourth fighter ever to maintain his unbeaten record in the GLORY ring, but his fortunes would change against Bayrak.

Wisse cracked his Turkish foe with a right hand early. Bayrak took it will and answered with combinations. The pair exchanged kicks before Wisse sent the mouthpiece of Bayrak flying across the ring.

The newcomer Bayrak was the aggressor, walking forward and delivering frequent low kicks at the end of his flurries. Wisse tried to counter, but found himself backed against the ropes late in the round.

The output from Wisse increased to start the second round. The 21-year-old worked the body of Bayrak with regularity. Bayrak fired a series of head kicks, but Wisse was wise to them.

A straight right hand from Wisse got through the guard of Bayrak midway through the round, but the Turk did not go do down. He responded by once again backing Wisse to the ropes and firing a step-in knee to the midsection.

In the final frame, Bayrak picked up the pace, but that left him open to further counter punches from Wisse. Bayrak connected with a crisp uppercut along the ropes, pausing Wisse in his tracks for a brief moment.

Wisse was wobbled by further shots from Bayrak, but he remained on his feet. The back-and-forth action took its toll on both fighters as the fight entered its final seconds.

When the scorecards were read, the five judges returned a split decision in favor of Bayrak, handing Wisse his first career defeat and ejecting him from the highly exclusive ranks of undefeated GLORY fighters.