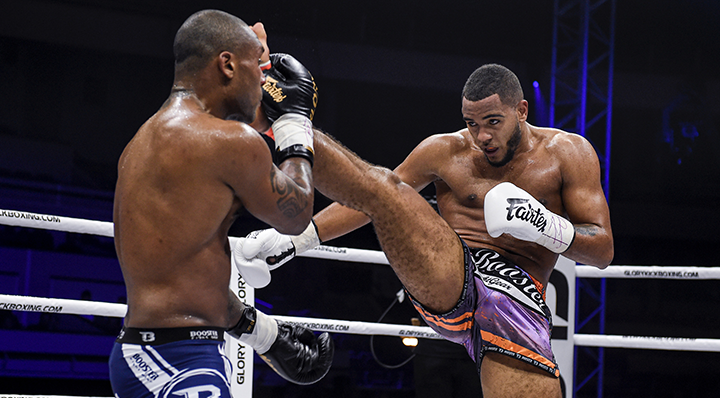 Wilnis moved into boxing range and threw his jab. Wisse countered with low kicks. Wilnis maintained a high guard to deflect the jab of Wisse. A big hook from Wisse ripped the body of Wilnis. Wisse followed it with a knee that got through the guard of Wilnis. Wisse went to the body again just moments later. Wilnis stayed patient and landed a counter left hook as Wisse came forward. The mouthpiece of Wisse came out late in the round and paused the action for a moment. Wisse was aggressive when the fight resumed, attacking the body of Wilnis yet again.

Wisse started round two with a punching combination, ending it with a hook to the body. Wilnis scored with a counter left hook and just missed with a heavy right hand. The body work of Wisse continued to have success as the high guard of Wilnis left his midsection exposed. Wilnis mixed in some low kicks and an uppercut, but Wisse was unfazed by the strikes. A right hand from Wilnis landed clean seconds later and Wisse backed up against the ropes. The younger fighter quickly recovered and returned fire late in the frame.

In the final round, both fighters stood in the pocket and traded early. They traded heavy low kicks before Wilnis attacked with power punches. Wisse retreated, but only for a moment as he went back to the body of the former champion. Wilnis utilized his lead uppercut to split the guard of Wisse.

All five judges rewarded Wisse for his efforts, handing him his fourth GLORY victory.

“It was a tough fight. He’s the former champion, so of course he brought it. But it was my fight,” said Wisse.