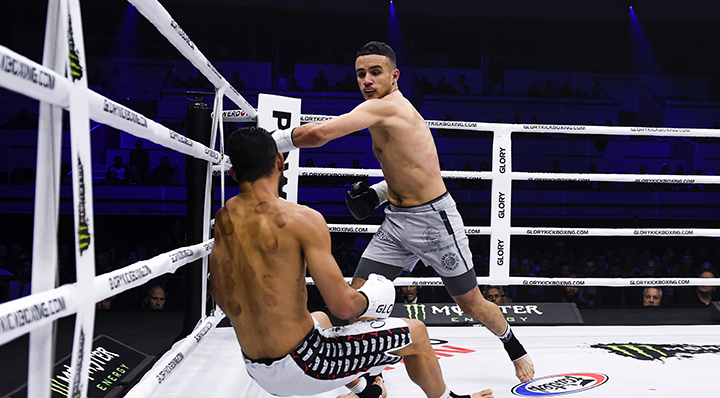 The fighters quickly clinched. Ezbiri landed a heavy kick on the break, but Zouggary landed a heavy power shot along the ropes. Ezbiri recovered and returned to firing kicks. Zouggary changed levels with his punches to keep his French foe guessing. Both fighters missed with spinning techniques.

Ezbiri backed Zouggary to the corner, but the Moroccan fighter showcased great head movement. Zouggary landed a flying knee and heavy right hand along the ropes to stun Ezbiri. He smelled blood and landed a jab-cross combination that put Ezbiri out for good.

“I had a very tough training camp. What can I say? To win the fight in the first round, there’s nothing better for a fighter,” said the victorious Zouggary. “I know my punches and now Abdelleh knows them as well.

“I’m going to enjoy my win, but I’m coming for the belt.”